Similar to processes that occur with other types of allergic responses, the eye may overreact to a substance perceived as harmful even though it may not be. For example, dust that is harmless to most people can cause excessive tear production and mucus in eyes of overly sensitive, allergic individuals. Eye allergies are often hereditary.

Allergies can trigger other problems, such as conjunctivitis (pink eye) and asthma. Most of the more than 22 million Americans who suffer from allergies also have allergic conjunctivitis, according to the American Academy of Ophthalmology.

Many allergens (substances that can evoke an allergic response) are in the air, where they come in contact with your eyes and nose. Airborne allergens include pollen, mold, dust and pet dander. Other causes of allergies, such as certain foods or bee stings, do not typically affect the eyes the way airborne allergens do. Adverse reactions to certain cosmetics or drugs such as antibiotic eyedrops also may cause eye allergies.

Avoidance. The most common “treatment” is to avoid what’s causing your eye allergy. Itchy eyes? Keep your home free of pet dander and dust, and stay inside with the air conditioner on when a lot of pollen is in the air. If you have central air conditioning, use a high quality filter that can trap most airborne allergens and replace it frequently.

Medications. If you’re not sure what’s causing your eye allergies, or you’re not having any luck avoiding them, your next step will probably be medication to alleviate the symptoms.

Eyedrops are available as simple eye washes, or they may have one or more active ingredients such as antihistamines, decongestants or mast cell stabilizers. Antihistamines relieve many symptoms caused by airborne allergens, such as itchy, watery eyes, runny nose and sneezing.

Decongestants clear up redness. They contain vasoconstrictors, which make the blood vessels in your eyes smaller, lessening the apparent redness. They treat the symptom, not the cause.

In fact, with extended use, the blood vessels can become dependent on the vasoconstrictor to stay small. When you discontinue the eyedrops, the vessels actually get bigger than they were in the first place. This process is called rebound hyperemia, and the result is that your red eyes worsen over time.

Other medications used for allergies include non-steroidal anti-inflammatory drugs (NSAIDs) or corticosteroids. In some cases, combinations of medications may be used.

Immunotherapy. You may also benefit from immunotherapy, in which an allergy specialist injects you with small amounts of allergens to help your body gradually build up immunity to them.

Even if you are generally a successful contact lens wearer, allergy season can make your contacts uncomfortable. Airborne allergens can get on your lenses, causing discomfort. Allergens can also stimulate the excessive production of natural substances in your tears that bind to your contacts, adding to your discomfort and allergy symptoms.

Notes:
Please contact the optometrist at our vision clinic in Blue Ridge for any questions you might have. If you need an ophthalmologist in Blue Ridge, ask Dr. Jabaley about co-management options. 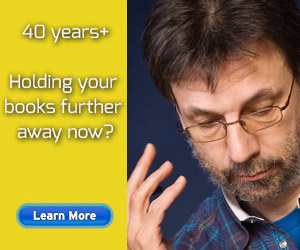 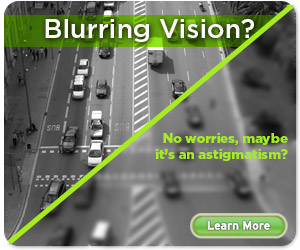